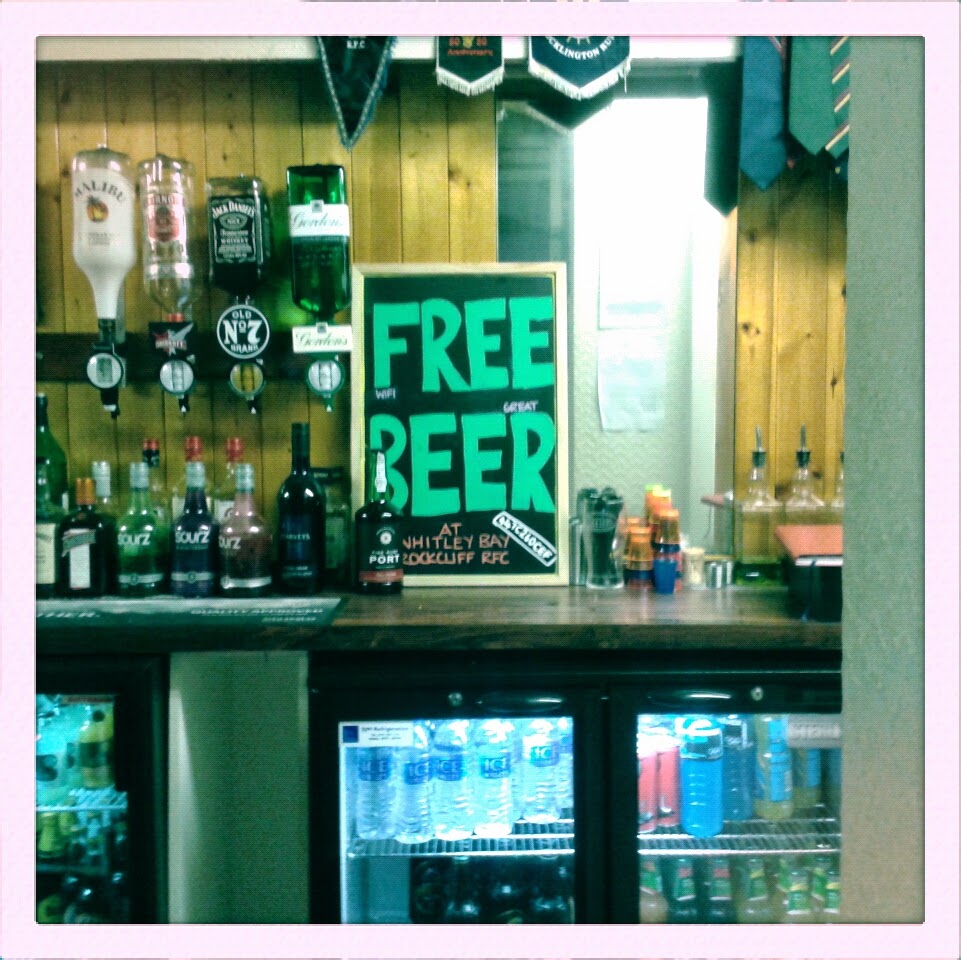 The taxi taking me to the Whitley Bay Rockliff RFC Beer Festival crashed en route, killing me instantly. That's the only explanation I have for rolling through the doors of the venerable rugby club only to hear that the price of beer tokens had been slashed to one single British pound.

A quid a half. Two pounds for a pint. The afterlife is a cheap place to drink.

Paradise also has a canny bar, it seems, stocked with an arsenal of mainly local brews. With the phrase "one pound a beer token" and  the growing realisation that I was in fact still alive and on Earth rolling about in my head I sent off a couple of "in the event of my beer-death" messages to my girlfriend and best mate and set about drinking a large amount of good, cheap beer. Lots of it. 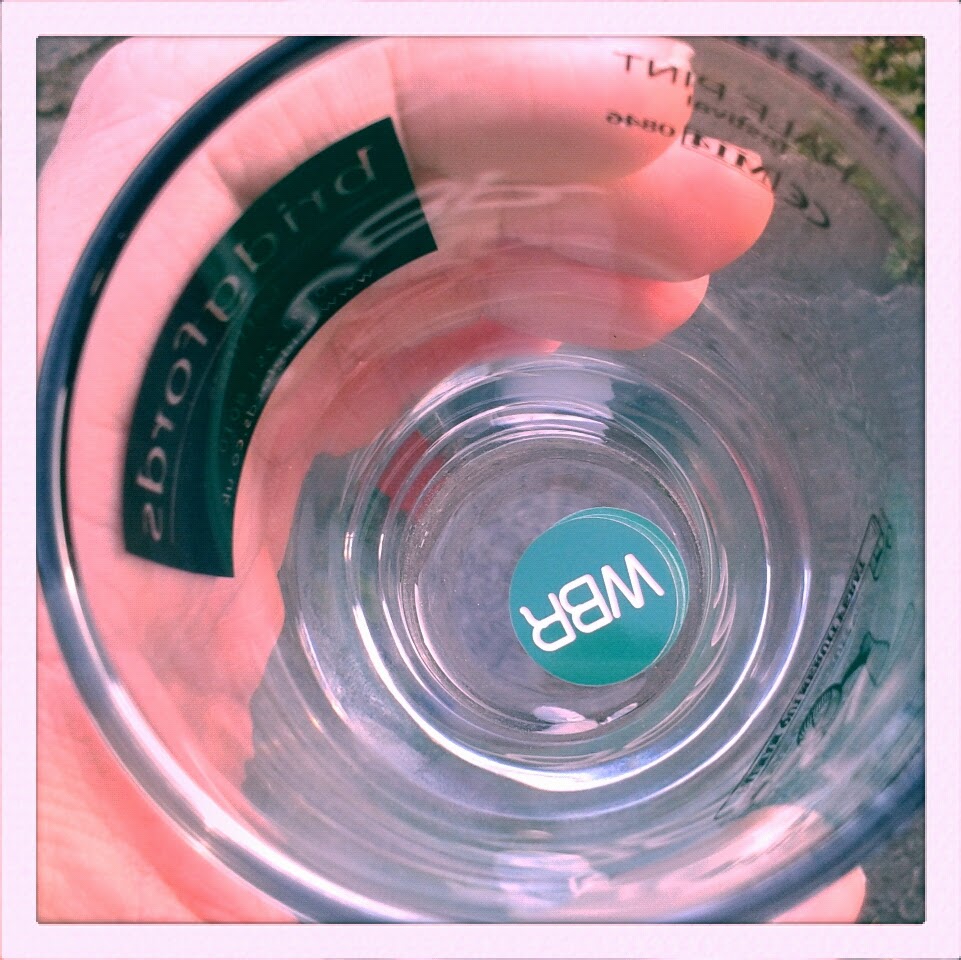 I confess to maybe letting out a tiny yelp as I saw Durham Brewery's wares up on the rack ready for pouring. I've had the biggest soft spot for them since their Temptation stout blew my mind a couple of years ago and I was into my first glass of their Magus ale, a bright and citrussy sessioner that at 3.8% abv I could happily neck all night. But a beer festival's not for sticking to single drinks, and it was onward and downward to more beery delights!

I finally had a crack at Tyne Bank's Pacifica Pale immediately after consigning the Magus to the depths. This was an odd night; it's rare that I begin a session with two pale, relatively weak (Pacifica comes in at 4% abv) beers but the day's heat had clearly had an effect on my preferences in booze. Pacifica's a top notch beer- bouncy and vivacious, a golden labrador of a beer.

As I took in the atmosphere my taste for stronger beers returned. A half of Alechemy's Rye O'Rye gave me the spice and grit I love absolutely as I sat alone at the bar, filling my notepad with my terrible handwriting that got a lot worse as the night went on. Rye O'Rye's a 5.6% abv slugger. I stuck another half of it in my face very quickly. 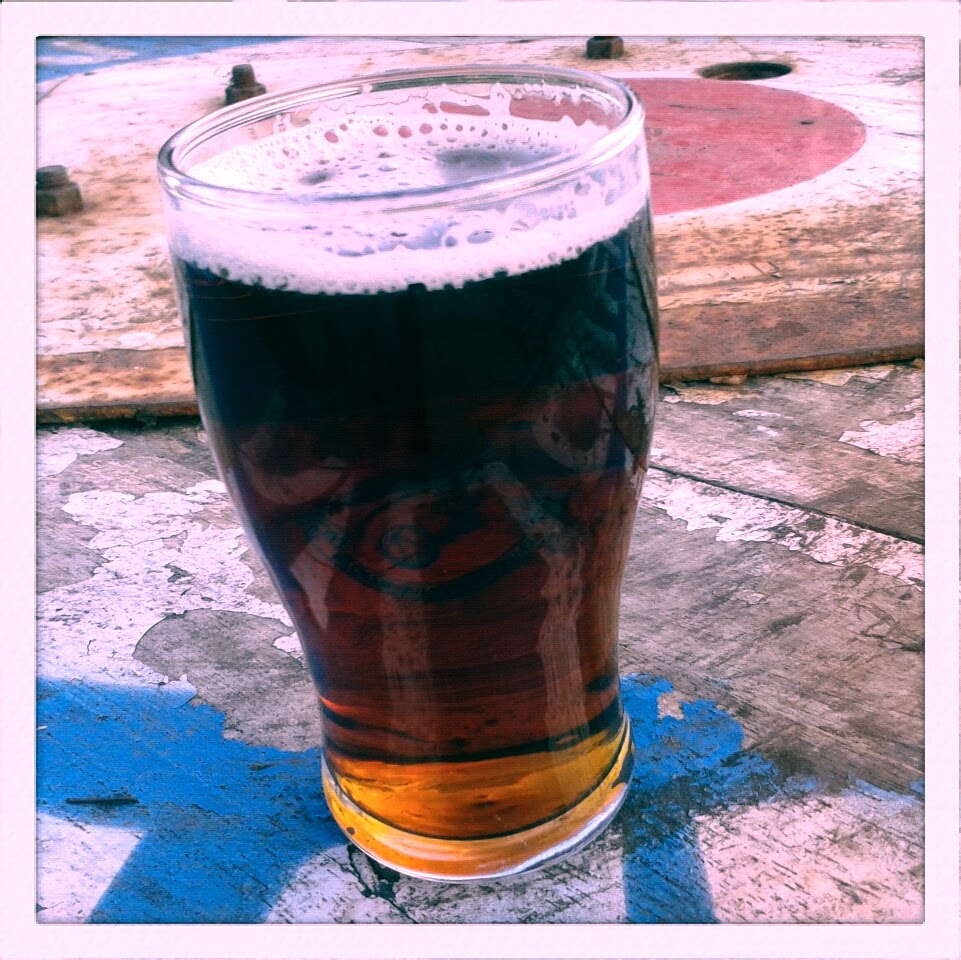 My hands are up in confession and supplication that I didn't note down every beer I drank. I know from the cryptic writings in my book that Durham Brewery's Black Velvet was next on the list. I don't need written cues to remember just how warming it was, with notes of toffee colliding with coffee in this dark beer that tastes like it should be much stronger than its' session-friendly 4.0% abv.

Somewhere down the line Tyne Bank's Blood Orange IPA was the first mind-blower of the night. Like biting into a battery made of citrus fruits, only pleasurable and not at all like biting into a battery. At 6.7% and addictively tasty I had to steel myself against the temptation of making it my wife for the night, not straying off with any other beers! This was a brew unique to the festival. The world needs more blood orange beers.

All through the night the atmosphere was cheery and warm. I asked a guy standing next to me at the bar what he was drinking. "I don't know" was his reply, followed by raucous laughter. Good times indeed.

As the night wore on I was introduced to Scott Carruthers, president of the club. He asked me if I'd like to interview him, and this was something I'd not planned for. This reporter would have drank a lot less if he knew this was coming, or at least got the interview out of the way first!

During our chat the community feeling of the beer festival really came across, along with the importance of sporting club beer festivals in raising interest in the team. Rockliff RFC has existed for 127 years, produced a captain of the England team in the 1890s, has drawn crowds of over 20,000 to its home turf, and boasts a huge roster of players spread over senior, junior, ladies and tag teams but there's not a team in the world that would say no to increased publicity and its temptation of new blood and fresh talent. A different rugby club's beer festival I drank at a couple of years ago was a ghost town, and I instantly felt bad for that particular team as Scott talked and I furiously took notes, many of which are totally illegible.

I got the feeling of a club proud of its sporting traditions, with a huge membership and a bracing esprit de corps from Scott, who along with his team pulled off a top class beer festival- not bad for the first beer festival held in the club in two decades!

Soon after this I was in a taxi, suitably beered up and feeling like I'd known a few of these people all my life, although that's most likely the beer talking!

Looking over my notebook there are three words written in scratchy, madman handwriting. My notes end with "Dark Star Expresso". I have no memory of drinking what I must assume is a wonderful beer, judging by the size of the letters.

I'll get you next time, you coffee-brewed mystery girl.